Big week ahead people, big week.  Or maybe not.  Who knows what’s in store for our family?  God does apparently, but he’s not giving us any clues.  Jerk.

I kid.  I kid. God knows I’m joking, he totally gets my sense of humor, after all, he made it, but sometimes, just once I’d like a little heads up on what he has in store.  To explain why my husband is only employable on the east coast.

Before you all freak out on him for not trying hard enough here, I assure you, he did, and he is, doing everything in his power to get a job that doesn’t take him away on a weekly basis.  We both want it more than you’ll ever know.  It just doesn’t seem to be in the cards for us.

And before you wonder if I will be curling up in the fetal position because I will then be back “doing it alone,” I promise you, I won’t.  Mainly because I learned the hard way that asking for help is not a sign of weakness.   I have a SUPER support system.  In-laws that will drop everything to help us out.  (Yes, Lisa, you too, but come on, you have TWINS for cryin out loud.  You get the year off.)   I have a husband that’s more present 500 miles away than a lot are right at home.  I have a wonderfully tolerant workplace, who understands Sunday night fevers and daycare phone calls at 10:30 a.m.  I have more than most people can dream of, so I count myself lucky, even though I do succumb to the occasional pity party in my mom mobile.  Where I turn on Adele and The Fray and act like I’m in a sad movie and sing and ugly cry.  But then, I put on my big girl pants and move on.  Cause that’s what I do.  It’s what I have to do.

IF this happens, which it hasn’t yet.  This is the man who has had at least 3 job offers made and accepted, only to have the employer all of a sudden not return his calls and act like they’ve never met.  So really, until he sets foot on another job site and 2 weeks later a pay stub is deposited, I won’t get excited or worried.  It’s like he has job VD or something. 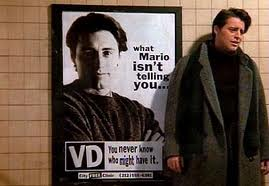 Is this circulating Monster and Career Builder?

Tentatively, this seems to be a really good company, not the usual 2-man, unorganized, hot mess that he’s used to.  Somewhere where he can grow.  Hopefully, home every weekend.  Make a decent wage.  Not work himself into a heart attack at 36.

Wish him luck.  Either way, it’s good news.  I can say the job market is active, which is more than we could say the last time around.  If this doesn’t pan out, there are always options.  I have a really good connection at McDonald’s if all else fails.  He would bring it to that fry station.  LIKE A BOSS.
And now, a funny video.  I will miss you SNL Shorts. Not for everyone, especially if you don’t like swear words…NSFW. I just thought this might work in Mark’s interview.

One thought on “Big Week”